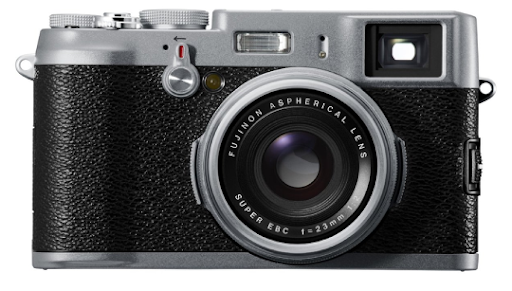 Fujifilm’s X100 is a relatively compact digital camera with a rangefinder-like layout with a APS-C size 12-megapixel sensor and fixed single focal length 23mm (35mm eqiuvalent FoV) lens with a high-speed f/2.0 maximum aperture. What’s really intriguing about this camera though is the unique hybrid viewfinder. At first sight the viewfinder looks like any high-quality reverse-Galilean optical viewfinder, but thanks to an integrated prism, shooting data can be overlaid much like the bright-frame lines of a rangefinder camera.

It’s not just frame-lines and a focus target that can be seen though, the 1.44 million dot LCD screen hidden at a right angles to the optical viewfinder can overlay an extensive range of data, including exposure settings, histogram, EV-shift, parallax error and even the focus distance with a useful depth of field scale. It’s an oversized, bright, clear image too but there’s more to it than that. You can even switch from the optical viewfinder to the built-in LCD screen to use as an electronic viewfinder for composing instead, as well as viewing images in playback mode.

Mixing old and new seamlessly is pretty slick, and the nod to the internal workings of the 35mm rangefinders of yesteryear won’t be lost on the technically minded. Externally, the layout resembles a rangefinder too though thanks to light-weight magnesium alloy top and bottom plates the camera weighs in at a featherweight 445g. Viewed in isolation the weight and balance feels good but it’s not quite as solid as you might expect. In terms of build then, it’s much more like the dainty Leica X1 than the M9, but that’s not un-expected at the price.

Knurled metal control dials are a nice touch, with one dedicated to EV compensation, the other selecting shutter-speeds and semi-auto aperture priority. There’s even an aperture ring on the lens, complete with knurled metal ‘wings’. While this allows full-stop selection only from f/2 to f/16, a semi-auto setting where f/22 would normally be for shutter priority is a surprise. Set the lens and camera to auto and you have Program. It’s all quite retro then, proven even, but proven for film when there were just three settings to be made, four maybe if you include focus. Even with auto-focus, the X100 is actually rather complicated in use. Where the M9 scores so highly is in its simple, intuitive and time-honored operation; it’s pricey alright but there are few real concessions to the change to digital. By contrast the X100 is slightly uncomfortable with its skin. 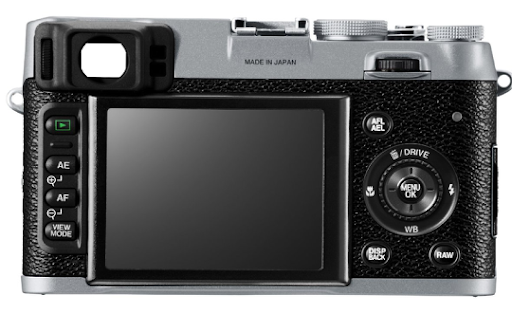 At the rear is a mix of dials and buttons seemingly arranged in a haphazard fashion, while a proximity sensor located by the viewfinder automatically switching between that and the rear 2.8-inch high (460k dot) resolution LCD adds to the sense of loss of control. At first it’s tempting to switch it to program and hope for the best, but the small size and portability entices you to take back control. 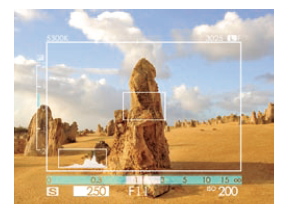 One area that’s difficult to master is focusing. Without engaging a macro setting first using one of the rear control dials, the minimum auto-focus distance is 80cm, and just a bit too far away for portraits. For candid shots it’s a counterproductive operation, though if you know you’re going to take portraits for a session indoors perhaps the focus range of macro setting is generous, officially up to 2m but in practice much more like 5 or 6m or so making it more workable. However, if you switch to manual focus you still have the same problem. The long throw and ultra-fine adjustment using the small focus ring is a bit tardy, but the AFL button to the rear will automatically focus the lens and still allow manual fine-tuning. The upper command control, more a rocker switch has far fewer uses than it should but can be used to magnify the image covered by AF target for checking accuracy. It’s rather neat once you get the hang of it. 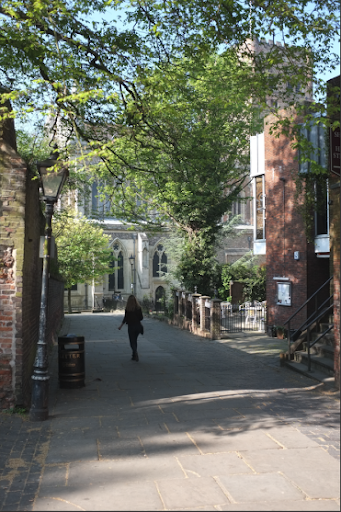 
Street shooting, arguably one of the most likely uses, is something the X100 does reasonably well with, providing you’re in control. Any distance set manually is remembered after powering back up while the handy distance scale is shown in the viewfinder along with the depth-of-field, which is essential for zone focusing. Some slight shutter lag seen previously from the AF is now negligible but there are still a few points to watch out for. The main control dial located lower on the body is small fiddly and overly sensitive, making menu selection a haphazard affair. By contrast the centre Menu/OK button requires a bit more force delivered with pin-point accuracy otherwise you end up with some random selection. It’s exasperating when you’re in a hurry to say the least. 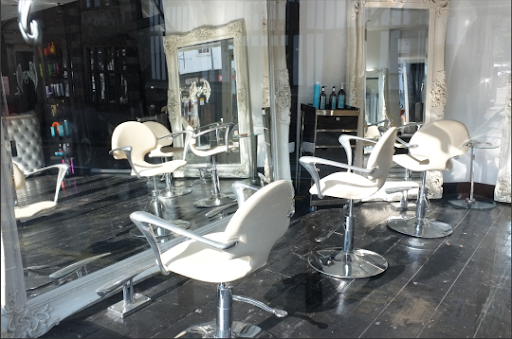 
Although likely a bug, the X100 doesn’t memorize ISO settings across exposure modes, and nothing faster than a 1/1000sec shutter speed is available at f/2.8 or larger thanks to the lens-based leaf-type shutter. If lighting conditions are bright you’ll have to adopt the 3-stop ND filter if you want to shoot any wider. On the up-side vibration is dramatically reduced as there’s no focal plane shutter (or reflex mirror), meaning handheld shots can be a little lower than DSLRs and goes some way to counter the argument by some detractors of the need for built-in image stabilization.

Start up takes around 3 seconds, although if you’re waiting for the rear screen to energize it can take around 9 or 10 seconds. That’s disconcerting at first, but you can press the shutter button to activate it ahead of that time. Write speeds are slow, even when using fast cards. And, while normally this isn’t too much of an issue, with the X100 you’re effectively locked out from making any adjustments until the files are written. A handy 5fps option (8 Raw files maximum) is buffered by the memory but still takes around 20 seconds from the last frame to clear. In terms of picture quality the X100 scores highly. 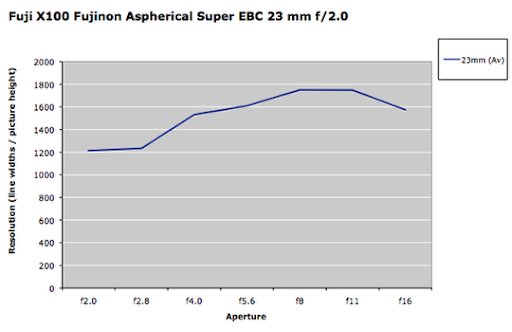 Equivalent to the angle of view of a semi-wide angle 35mm, the 23mm f/2 lens has very high central sharpness though the edges are quite soft until f/4, where resolution improves significantly. The optimum is f/8, but the performance is very different to that of the Elmarit 24mm f/2.8 ASPH used by Leica X1. There’s some slight distortion bordering on complex moustache type but it’s negligible in everyday use. 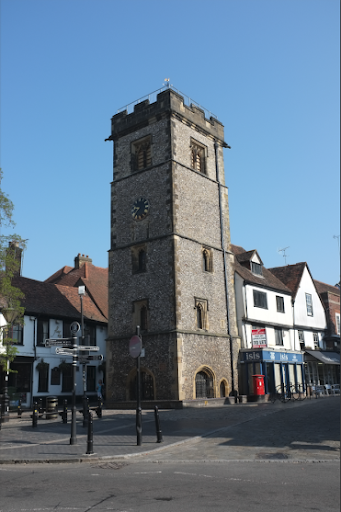 
As in past Fujifilm cameras, such as the S3 Pro, the X100 has a wide number of processing options for in-camera JPEGs. Fuji’s film simulation modes replicate the look of their film range Provia (std), Astia (soft) and Velvia (vivid), while the Dynamic Range mode returns for control of contrast. Left to auto selection, higher values (200-or-400 percent) are chosen to reduce loss of detail in high contrast scenes but the 200-percent option is only available to set manually at ISO400 and above, the 400-percent option at ISO800. The effect is subtle too, but at least there’s the option if it’s required. 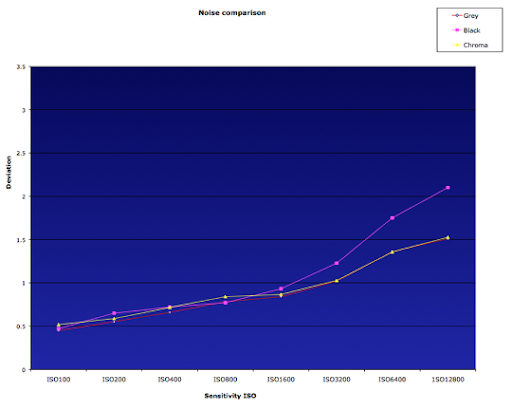 Noise levels are low and well balanced throughout the range to ISO6400 but luminance noise is quite noticeable at the extended ISO12800 setting. That and the ISO100 setting are only available when shooting JPEG, so it’s moot if you intend to shoot RAW. Fuji bundle the Silkypix raw converter, a popular choice in Japan but less so elsewhere. None of the larger more popular raw converters support the X100 at this time, though you could take a look at smaller independent publishers such as Iridient Digital’s excellent RAW Developer (1.9.1). Movie capture isn’t bad but clips are limited to 10 mins and there’s no digital stabilization nor external mic socket so it's really best left for occasional use.

After the Nikon D200 based S5 Pro it’s good to see Fuji return with such an intriguing proposition. Even given their background with cameras such as Hasselblad’s XPan (also known as the Fuji TX-1 / TX-2 in Japan) few could of predicted the X100. At this price its main rival is the Leica X1 (see review). But while that’s a capable performer, the lens especially, it’s much dearer, lacks a built-in viewfinder and is slower to focus. It’s hard not to like the X100, the image quality is outstanding, but the poor user-interface choices seem like it was hurried. None are truly deal-breaking and could easily be improved with one or two firmware updates, including the overly sensitive rear command dial. However, while the X100 is not without shortcomings, it’s certainly one of the most compelling cameras of recent times and likely a future classic.

Thank you for ordering through this site's links.

Fuji reveal more about the X100

Email ThisBlogThis!Share to TwitterShare to FacebookShare to Pinterest
Labels: Reviews

We have moved to a new address. Please follow the link below and bookmark: www.digitaljournalofphotography.com   Please continue t... 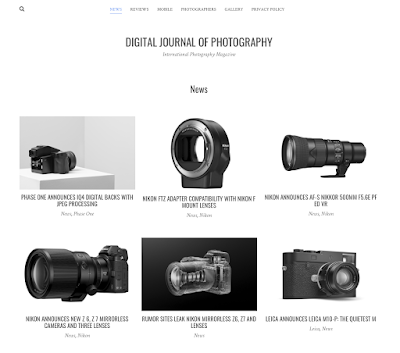 DJP
This weblog is compiled by Kevin Carter, a freelance journalist and reviewer for the UK photography press. Over the past decade, titles include the British Journal of Photography, HotShoe International, Professional Photographer (UK), Digital Pro (UK), DSLR User, Digital Photographer, MacCreate, CNET UK, PhotographyBLOG, MacUser and PC PRO (UK), as well as PC Format and MacFormat (UK), among others.

Copyright 2009-2014, Kevin Carter. All rights reserved. All photographs and other relevant material remain copyright of the respective rights holders.  Reproduction in any form is prohibited without written permission. 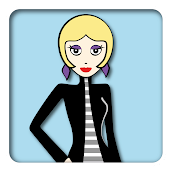